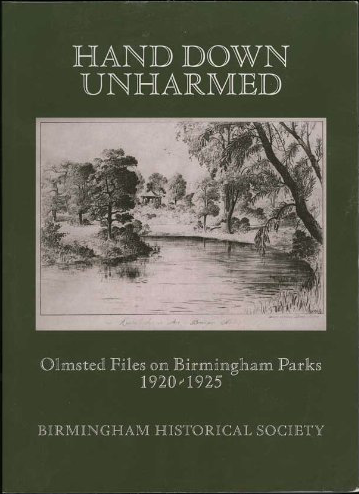 BIRMINGHAM, Ala.–January 28, 2008—It’s one thing to hear a re-telling of a significant bit of history—like the important genesis of a park system for Birmingham. It’s quite another—more captivating, more human, and more dynamic—to read the proceedings in the words of those who lived and strived to create the park system themselves.

Hand Down Unharmed–Olmsted Files on Birmingham Parks, 1920–1925, new from the Birmingham Historical Society, features 448 pages of intriguing correspondence between Birmingham city leaders and the renowned park-planning firm of Frederick Law Olmsted, Jr. (who designed the grounds of the U.S. Capitol and conceived the credo for the National Park system).

“It’s the story of real life,” says Marjorie White, director of the Society and an editor of the volume. “The correspondence reveals the framework of some projects that came to be and others which are only just being enacted today.” In the course of the fascinating series of letters, politicians espouse their own visions, the protagonist dies of a heart attack, and the intentions of all parties emerge as the human element juggles with the proposed plan.

“The Olmsted Brothers firm included premier designers, professionals at their peak,” continues White. “They had worked with the great park systems of America—Boston, Baltimore, Seattle, Portland, Chicago, and more.” Across the nation, the firm tutored individuals and park boards in what parks were and how they should be created and managed. “The Birmingham files constitute one amazing correspondence course—full of relevance and insight for those involved with parks today,” says White.

“The major figures in park planning in early 20th-century America play largely into this collection of documents,” explains Katie Tipton, co-editor. “Their letters and drawings reveal much of what was considered the height of civic planning during that period.”

Hand Down Unharmed follows the Birmingham Historical Society’s republication of the original park plan produced by the Olmsted firm in 1925 as well as its 2006 book The Olmsted Vision–Parks for Birmingham, which analyzes the plan in light of current park projects.

To be released mid-November, 2022. Please click image for details 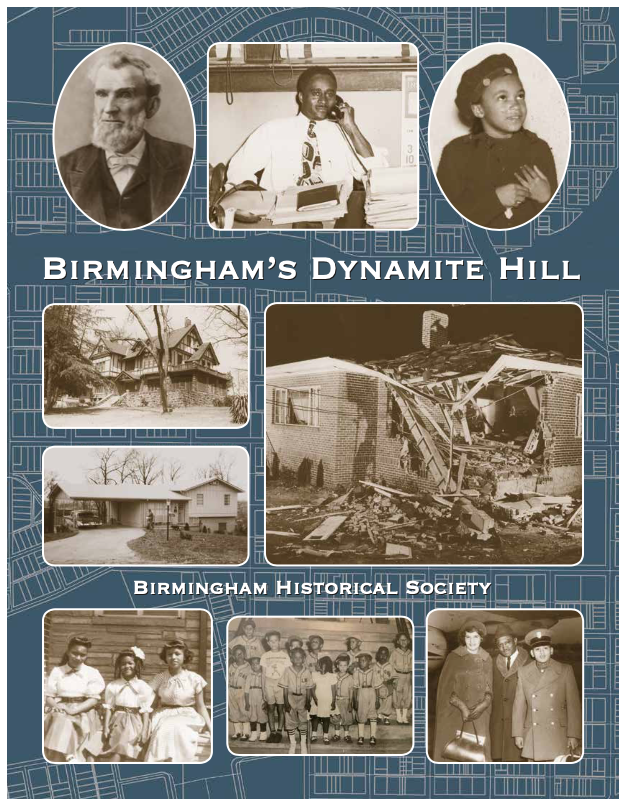 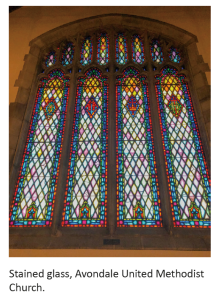 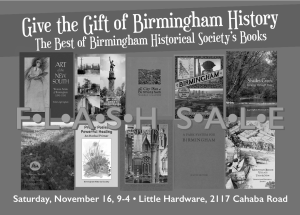