Amazing stories continue to emerge about the momentous events of April-May 1963 when thousands demonstrated for freedom and first-class citizenship. Birmingham Historical Society will release a fascinating tale in its new book February 1, 2013, at the Birmingham Public Library. Mrs. Tyree J. Barefield-Pendleton will sign copies of MINUTES: The Central Committee, Alabama Christian Movement for Human Rights and Southern Christian Leadership Conference, 1963 from 2:00 to 4:00 p.m. in the Library’s Board Room. The Board Room is adjacent to the Library Gallery in which the Society exhibition: Unseen, Unforgotten: Civil Rights Photographs of the Birmingham News will hang during February and March 2013.

During a recent interview with the now octogenarian, Ruth Barefield-Pendleton suggested she had something we might like to see: hand-written pages of minutes she made long ago.  At that time in spring 1963, the young mother answered a call in her church bulletin to participate in “the Movement.” She, and her good friend and neighbor, Addine Drew, headed to Room 30 in the Gaston Motel on April 9. Mrs. Barefield-Pendleton was elected Secretary of what became the Central Committee, the group of citizens and students, members of the Alabama Christian Movement for Human Rights (ACMHR), Southern Christian Leadership (SCLC) staff, and their lawyers that met throughout the April-May demonstrations to help coordinate the campaign.  Her remarkable front-row seat to history makes for a thrilling telling of the events.

In the spring of 1963, the Reverend Martin Luther King, Jr. and the staff of the Southern Christian Leadership Conference (SCLC) came to Birmingham to help stage demonstrations, hoping to curtail the City of Birmingham’s practices of racial segregation. SCLC came to Birmingham at the behest of the Reverend Fred Shuttlesworth, SCLC secretary and the only SCLC officer who directed a local movement. Shuttlesworth served as president of the Alabama Christian Movement for Human Rights (ACMHR), co-sponsor of a multi-year legal and direct action fight for first-class citizenship for his people and what became the massive demonstrations of April-May 1963.

A careful reading and analysis of the Minutes of the joint ACMHR-SCLC Central Committee reveal the behind-the-scenes story of the campaign’s demands and their implementation in the months following the demonstrations. While historians now generally acknowledge the national significance of the 1963 events in Birmingham as leading to the introduction and passage of the Civil Rights Act of 1964, the local outcomes are less well understood. They include the immediate removal of all segregation ordinances from the City code and the establishment of the City’s first bi-racial committee, formed to “consider the difficulties which confront us as a community, and to study and recommend steps that may lead towards their successful solution.”

Carefully recorded by Committee Secretary Mrs. Ruth Barefield-Pendleton, the Minutes of the meetings of the Central Committee provide a lively account of the committee’s activities, deliberations, negotiations, and decisions made during this momentous period. Her “you-are-there” reporting describes scrounging for bail bond money, getting everyone involved, making the retail boycott 100 percent effective, hunting up people summoned to court, and amending the terms of the negotiations.

This lively recording of the historical record is supplemented by official documents including a request for a parade permit, statements of the Movement’s demands, statements by the Reverends Martin Luther King Jr. and Fred Shuttlesworth at the termination of the demonstrations on May 10, 1963, as well as documents added by the editors Julius Linn Jr., Katherine Tipton, and Marjorie White. Additions by the editors include photographs, a timeline, information on those involved, and copies of pertinent city ordinances and resolutions, establishing and abolishing segregation by law.  The still extant Community Affairs Committee, currently functioning within REV Birmingham, was established on May 24, 1963. Legal segregation by city ordinance was abolished in Birmingham on July 23, 1963. Following this action, in the City of Birmingham, both races could now sit and talk together in private and public places, without the police breaking up the meetings.  As hard as it may be to believe, this was a revolutionary victory in 1963!

Copies of the 96-page Minutes will be available at the autograph party on February 2 at the library and from the downtown library bookstore, amazon.com.

A summary of what’s in the new book: Minutes

Mrs. Barefield-Pendleton’s official record of proceedings of the Birmingham Movement during April-May 1963 is presented in a 96-page softback volume that features her unedited minutes and attachments including the Movement’s demands, a request for a parade permit for the Children’s Marches, statements of the Reverend Martin Luther King Jr. and Fred Lee Shuttlesworth describing the May 10 accord that closed the demonstrations.

Also included by the editors Julius Linn Jr., Katherine Tipton, and Marjorie White are pertinent photographs, a timeline, identification of the cast of characters involved in the Central Committee meetings, copies of Birmingham’s segregation ordinances, and the Minutes of City Council proceedings abolishing them and creating the still extant Community Affairs Committee. 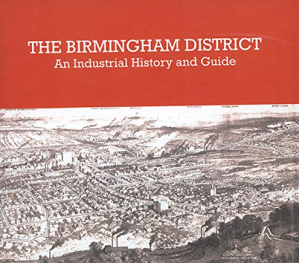 Putting the Past to Use for the Future